Unraveling the human-specific role of enhancer HAR1984 in neurodevelopment 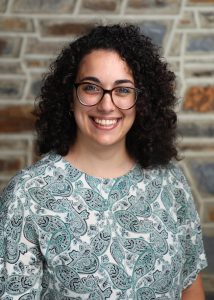 The cognitive differences between humans and monkeys are remarkable yet the differences in our DNA which are at the basis of this divergence are still poorly understood. Recently, more than 300 regions in the human genome have been linked to human-specific brain evolution. These regions are often regulatory and their localization close to neurodevelopmental genes suggest that they can control the expression of molecules pivotal for brain development. Interestingly, dysregulation of these target genes can lead to autism spectrum disorder, schizophrenia and other diseases which affect intellectual abilities. In this project, I will study one of these regions, HAR1984, which physically interacts with genes essential for cortex development. To investigate this fascinating region, I will generate brain organoids using human cells and CRISPR-edited human cells with the chimpanzee sequence of HAR1984. This will allow me to understand the human-specific function of HAR1984 and its role in our divergence from monkeys. Upon completion of this proposal, we will gain insight into the genetic basis of human bran evolution and disease susceptibility.

Federica is a second year PhD candidate in Debby Silver’s lab at Duke. Her project is focused on studying human specific enhancers which have a role in cortex development and human brain evolution.