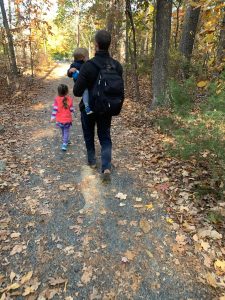 Dr. Jason Somarelli is the embodiment of interdisciplinary research. In the rising era of science that is dependent on building bridges and connecting across disciplines, he has casted a wide net for his own interests. Interdisciplinary on his own accord. Dr. Somarelli is a cancer researcher by profession. He describes his work for what it is not. He is not a diagnostic doctor. He can not tell you what the mole on your arm is caused by and he cannot tell you if that lump under your neck is cancerous or if it is just a swollen lymph node. He is also not a geneticist and is not in the business of counseling for family predispositions to cancer.

What Dr. Somarelli is, though, is a nature enthusiast. His childhood in upstate New York has influenced his interest in the natural habitat and he applies ecological perspectives to his understanding of cancer. When he talks about the body, it is quite clear that he does not recognize the anatomical soma as one physical thing, but rather a pluralistic natural system of micro-environments, organisms, cells and organelles that function in harmony to produce a state of being. Cancer is simply a disfunction to that system; one that can quickly shift the body from equilibrium to a state of disarray. Dr. Somarelli studies the body like an environment. Does radiation have to destroy an entire ecosystem of cells or can it just target invasive cancers? How do you prevent these cancers from metastasizing or migrating to new environments in the body? These are the questions that invigorate him, the questions that can only be described as being at the edge of science, at the brink of innovation.

He is also a dabbler. He has one foot in his research laboratory, his hand in a few projects at the Duke Marine lab, and when he gets the chance, he hangs ten out on a surfboard in his free time. His surfing is much more than a hobby, and he describes the ocean as his favorite ecosystem. He demonstrates that love by his engagement with the Duke Marine Lab. He adds his interest to this aquatic domain to his cancer research and believes that the ocean has the potential to hold the elements and vital compounds for the next cancer medication. A fitting viewpoint for an inquisitive explorer like him, by nature, how little is known about the ocean makes it ripe for discovery.

Dr. Somarelli is early in his career at Duke and it is unknown what projects, philosophies, paradigms and approaches he will eventually dabble in. What is known, is that he will be an advocate for evolutionary medicine and its teaching. He already demonstrated an ability to enrich the academic ecosystem by recognizing evolution as a key component to the way we research disease in the body. It is also clear that he will pass his unique perspectives to students and future doctors through his mentorship and teaching role. He is committed to passing the lessons he has learned from his mentors down to the next generation of scientists. These lessons include accountability, a vital component of not only being a successful member of a laboratory but also of broader society. He also promotes hard work, noting that as a postdoc he was reminded that nothing worth doing is easy. He states that working hard does not always mean working fast, and that it is okay to not always be in a hurry; that there are lessons to be learned by being present. Innovation and success do not always come fast. Lastly, he reminds us that when you are on the edge of science, those interdisciplinary bridges built, will be key to crossing new horizons.

From the Audio and Book Library of Somarelli:

Essay: “The importance of stupidity in scientific research” (2008) by Martin Schwartz (2011)

Audio: Cancer Evolution and Comparative Oncology by Dr. Will Eward and Jason Somarelli 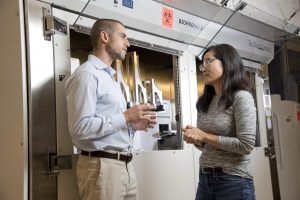 Squirrels and cancer: not two things most people associate quickly. For Dr. Jason Somarelli, however, they are one and the same. His research centers around what makes cancer such a deadly disease: its tendency to spread from one organ to the other (metastasis) and its resistance to treatment.

Dr. Somarelli’s research aims at understanding what roles gene regulation and phenotypic plasticity  – our bodies’ ability to change in response to the environment – play in metastasis and drug resistance. To understand these processes, he borrows concepts and tools from the fields of ecology and evolution. That’s where cancer cells and squirrels become very much alike.

“When the body is given a drug, the cancer cells face resource depletion . They must fight that resource depletion like any animal population would. I like to use the squirrel’s analogy”, says Dr. Somarelli. If you remove all of their food, squirrels will respond in a few ways: They go dormant, they move to a new area, or they change what they are eating, all the while avoiding their predators. “Cancer cells respond the same way, with the immune system being their predator.”

If population ecology can help understand the cancer cells’ behavior, evolution can help explain the body’s reaction to the disease. Dr. Somarelli frames his research into a comparative evolutionary approach. “Once you realize that almost all things with more than one cell get cancer, you see fundamental common qualities and features of cancer, metastasis and resistance”, he says. By comparing how cancer differs in its frequency and severity between species, we may unlock potential new ways to intervene in human cancers.

Moreover, by scaling up the molecular underpinnings of metastasis and drug resistance to a comparative multi-species approach, Dr. Somarelli hopes to accelerate the timeline along which novel cancer treatments are developed and tested. For example, in a true One Health fashion, Dr. Somarelli collaborates with veterinary scientists to study sarcomas of pet dogs, a system much closer to humans in size, lifestyle and environment than the traditional laboratory mice. Insights gained from dogs may directly inform human therapies, contributing to the cancer treatment pipeline.

This multi-disciplinary comparative approach to evolutionary medicine is made evident in the Scholars in Marine Medicine program led by Dr. Somarelli, in a partnership with the Nicholas School of the Environment. This program focuses on the integration between medicine and marine sciences, using the ocean’s vast potential to train pre-health undergraduates in innovative applied research.

Working alongside the program’s scholars, Dr. Somarelli’s research has widened in breadth. From dolphin hypoxia to microplastics, the topics covered in the program seem at first glance disconnected from the bulk of this cancer biologist’s research. When asked about it, however, Dr. Somarelli doesn’t even blink: “There are countless connections between marine biology and human health”.

Indeed, although the majority of anti-cancer compounds are derived from nature, less than one percent come from the ocean. According to Dr. Somarelli, the problem isn’t that oceans lack these compounds, but rather that no one is looking for them in marine ecosystems. He is hoping that students from the Scholars in Marine Medicine program will help change these numbers.

Dr. Somarelli is an Assistant Professor in Medicine, an Assistant professor at the Nicholas School of the Environment and a member of the Duke Cancer Institute. If you are a student interested in evolutionary medicine, consider applying to the Scholars in Marine Medicine program in the Fall, or contact Dr. Somarelli directly at jason.somarelli@duke.edu.

To Read More about Dr. Somarelli’s work check out:

Improving Cancer Drug Discovery by Studying Cancer across the Tree of Life.

Molecular Biology and Evolution of Cancer: From Discovery to Action.

Courtni France’s Contributions were to “The Scientist”[ABTM id=1093]

Marie Claire’s Contributions were to “The Science”[ABTM id=1135]