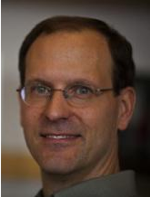 Dr. Charles Nunn is Professor of Evolutionary Anthropology and Global Health.  Charlie uses evolutionary approaches to understand and improve human and animal health.  He and his research group investigate the ecology of infectious disease, the evolution of sleep, and the links between ecology, evolution and global health.  They investigate these topics using phylogenetic methods, mathematical modeling, and fieldwork in Madagascar, Kenya and other locations. 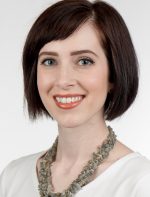 Dr. Meredith Spence Beaulieu is an entomologist interested in vector-borne disease dynamics, public health, and science policy. Her PhD research focused on the effects of suburban development on mosquito assemblages, and the subsequent impacts on pathogen transmission using dog heartworm disease as a study system. She joined TriCEM as Assistant Director in the fall of 2019 and is excited to lead initiatives to advance research and education in evolutionary medicine. 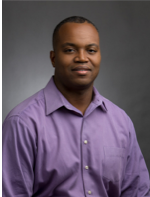 Dr. Antonio T. Baines is a cancer pharmacologist interested in identifying and validating novel molecular targets in cancer for potential therapeutic interventions.  He is an Associate Professor in the Department of Biological and Biomedical Sciences, with a joint appointment in the Cancer Research Program at North Carolina Central University’s Biomedical/Biotechnology Research Institute (BBRI) and adjunct Associate Professor in Pharmacology at UNC-Chapel Hill.  He studies numerous molecular targets that are involved in pancreatic cancer, such as aberrant cell growth and drug resistance. 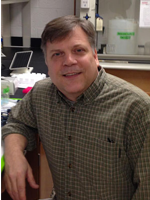 Dr. Brian Wiegmann is William Neal Reynolds Professor of Entomology at North Carolina State University. His research involves the phylogeny and evolution of flies and other insects using genomic data and phylogenetic analysis tools.  A major goal is elucidating the genetic changes and adaptations that accompany or cause species biodiversity. Projects in the Wiegmann lab involve comparing genes and genomes in flies with specialized feeding habits—especially those that affect humans and livestock as blood feeders and disease vectors, such as mosquitoes, horse flies, sand flies, and stable flies. 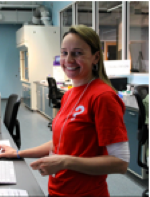 Dr. Julie Horvath is a comparative evolutionary genomicist interested in the evolutionary forces that have shaped primate genomes and that cause human disease. She is a founding member of the Duke University Primate Genomics Initiative, a joint partnership between the Department of Ev. Anth. at Duke University and the Institute for Genome Sciences & Policy.  She is now the Director of the Genomics & Microbiology Research Laboratory in the Nature Research Center, NC Museum of Natural Sciences, and is jointly appointed as Research Associate Professor in the Biology Department at NC Central University. 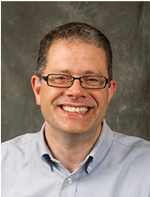 Dr. Corbin Jones is a Professor in the Biology Department as well as a Professor of the Carolina Center for Genome Sciences (CCGS).  The goal of his research is to identify, clone, and characterize the evolution of genes underlying natural adaptations in order to determine the types of genes involved, how many, and what types of genetic changes occurred, and the evolutionary history of these changes.  His lab aims to develop new methods relevant to the study of evolutionary genomics including theoretical, bioinformatic and statistical approaches. 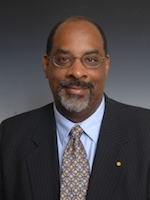 Dr. Joseph L. Graves Jr. is a Professor of Biological Sciences  at North Carolina Agricultural and State University, and a former associate dean for research at the Joint School for Nanoscience and Nanoengineering, which is jointly administered by NC A&T and UNC Greensboro. His current research includes the genomics of adaptation, specifically the response of bacteria to metallic and metallic oxide nanoparticles. Additional applications of his research has been to the evolutionary theory of aging, as well as biological and social conceptions of race in humans. He has written two books and numerous peer-reviewed articles on these subjects.