Dr. Aysenil Belger, PhD is Professor and the Director of Neuroimaging Research in Psychiatry, and Professor in the Department of Psychology at the University of North Carolina at Chapel Hill, and Adjunct Associate Professor in the Radiology Department at Duke University and the Duke-UNC Brain Imaging and Analysis Center. Her research focuses on studies of the cortical circuits underlying attention and executive function in the human brain, as well as the breakdown in these functions in neuropsychiatric and neurodevelopment disorders such as schizophrenia and autism. Lawrence David is an Associate Professor in the Department of Molecular Genetics and Microbiology and an Associate Director of the Duke Microbiome Center. The David Lab studies relationships between diet, the gut microbiome, and human health. The lab is also interested in engineering new tools at the interface of nutrition and microbiology. Lawrence has received innovator and young investigator awards from the Burroughs Wellcome Fund, the Beckman, Searle, Sloan, and Damon Runyon Foundations, and he has been named one of the 10 Scientists under 40 years old to watch by ScienceNews. Prior to Duke, Lawrence was a Junior Fellow at Harvard University’s Society of Fellows. Dr. Rob Dunn is a biologist and writer in the Department of Biological Sciences at North Carolina State University. Dunn uses different approaches to understand the stories of the species all around us and how they have changed or might change in the future, including ants and their societies, mosquitoes and the diseases they vector, and rare carnivores and the parasites they host. Dunn’s writing has appeared in Natural History, BBC Wildlife Magazine, Scientific American, Smithsonian Magazine, National Geographic and other magazines. He has published multiple books, including Every Living Thing and  The Wild Life of Our Bodies. 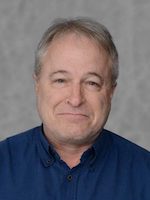 Dr. John Godwin is a Professor in Biological Sciences at North Carolina State University. He and his students study behavior, neurobiology, and sex determination mechanisms in a range of organisms including sex-changing reef fishes, flatfishes that exhibit temperature-dependent sex determination, and aggressive and stress coping behaviors in wild-derived zebrafish and house mice. More recently, a focus of the laboratory has been the potential utility of genetic methods for removal of invasive rodents from islands with the goal of preserving and protecting island floras and faunas. 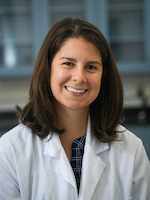 Dr. Angela Harris is an Assistant Professor in the Civil, Construction, and Environmental Engineering Department at NC State, and a member of the Global Water, Sanitation, and Hygiene (Global WaSH) cluster in the Chancellor’s Faculty Excellence Program. Dr. Harris’s research seeks to characterize human exposure pathways of environmentally-mediated infectious diseases and develop methods to interrupt pathogen transmission to protect human health. Dr. Harris also works to improve data collection and analysis strategies related to microbial contamination, with particular focus in fecal contamination, antibiotic resistant organisms, and enteric pathogens in a variety of environmental media. She has field sites in the US, Tanzania, Uganda, Kenya, Bangladesh, and Indonesia. 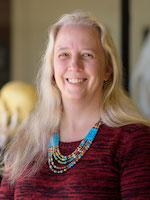 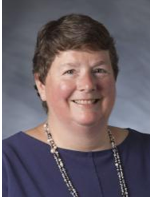 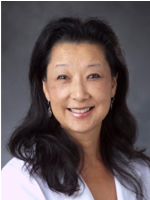 Dr. Cristina Lanzas is an infectious disease epidemiologist and modeler in the Department of Population Health and Pathobiology at North Carolina State University. Her lab focuses in characterizing the transmission of antimicrobial-resistant and health-care associated pathogens. Her most recent work has involved the use of E. coli-cattle as model system to study drivers of transmission of enteric pathogens, and modeling and quantifying factors driving the epidemiology multi-drug resistant phenotypes.

Dr. Dayami Lopez is a tenured Professor in the Department of Pharmaceutical Sciences and a Principal Investigator in the Biomanufacturing Research Institute and Technology Enterprise (BRITE) at North Carolina Central University. Her research interests include identifying novel regulators of PCSK9, a protease involved in hypercholesterolemia and atherosclerosis, and the role of hypothyroidism on Alzheimer’s disease and breast cancer. Dr. Fred Nijhout is broadly interested in developmental physiology and in the interactions between development and evolution. He studies the mechanisms that control body size and the relative size and shapes of appendages, and the development, genetics and evolution of complex traits. Much of his current work centers on complex metabolic systems relevant to human health, and the mechanism by which these systems are either sensitive or robust to mutations and environmental factors. 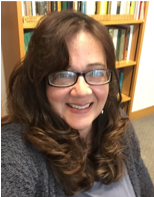 Dr. Shila Nordone is Director of Research Development for the Nicholas School of the Environment at Duke University and adjunct Research Assistant Professor of Immunology at NC State University College of Veterinary Medicine. She serves as a grant writing consultant to firms specializing in acquisition of non-dilutive federal funds and as a scientific advisory board member for veterinary non-profits. Dr. Nordone continues to be active in collaborative research involving modeling and forecasting of infectious disease in companion animals. 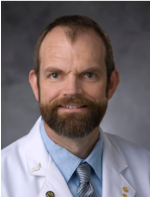 Work in the Parker lab focuses on immune dysfunction that can lead to chronic inflammatory disease in Westernized societies. His lab is particularly interested in the reintroduction of symbionts to the human body that were lost after the industrial revolution.  Their current work related to the biome and human disease is focused on the use of “helminthic therapy” to treat and even avert chronic disease in humans. Parker is the CEO of WormStar Mutualistic Helminths LLC, which produces and licenses technology for the production of Therapeutic Helminths. 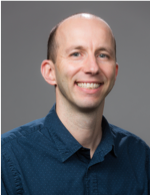 Dr. Herman Pontzer, PhD, is an Associate Professor of Evolutionary Anthropology at Duke University, and also holds an appointment in the Duke Global Health Institute. His research focuses on metabolic energy expenditure and the relationships between diet, physical activity, and cardiometabolic health. Dr. Pontzer is involved in projects with subsistence farming and foraging populations in Kenya, Tanzania, Ecuador, and Bolivia examining physiology and health outcomes in non-industrial populations and the development of evolutionary “mismatch” diseases in the industrialized world.

Dr. Rasmussen is an Assistant Professor in the Dept. of Entomology and Plant Pathology and the Bioinformatics Research Center at NC State. His research focuses on developing new phylogenetic methods for tracking the epidemiological and evolutionary dynamics of infectious pathogens in humans and agricultural systems. His group also uses experimental evolution to study how plant viruses adapt to new hosts and expand their host range. 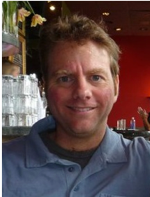 Dr. Michael Reiskind has spent his professional career studying various aspects of infectious disease, with a recent focus on pathogens transmitted by arthropods.  He received his Masters of Public Health and a PhD from the University of Michigan and completed post-doctoral training at the Florida Medical Entomology Laboratory.  He is currently an associate professor in the Department of Entomology and Plant Pathology at North Carolina State University. Dr. Ristaino works on the population genetics of historical epidemics of the pathogen that caused the Irish famine Phytophthora infestans and studies the population structure and epidemiology of modern day late blight outbreaks. Her recent work with collaborators has used next generation sequencing to study historical outbreaks.  Her lab also manages the disease surveillance network called USABlight.org. She also conducts Phytophthora and molecular diagnostics workshops globally in the developing world and has described new species of Phytophthora and developed taxonomic keys for identification. She directs a new faculty cluster at NC State on “Emerging Plant Disease and Global Food Security” and has led the Triangle Global Food Security Initiative. Dr. Marc Ryser is an Assistant Professor in the Departments of Population Health Sciences and Mathematics at Duke University. His research program in cancer early detection is situated at the interface of molecular biology, clinical research and population health sciences.

Dr. Dan Schrider is an Assistant Professor in the Department of Genetics at the University of North Carolina at Chapel Hill. His research group develops and applies computational tools to make inferences about evolution from population genetic datasets. Their research areas include but are not limited to the population genetics of adaptation, genomic copy number variants, phylogenetic inference, and the application of modern machine learning tools to evolutionary questions. Dr. Andy Stringer is an Assistant Professor – Veterinary Global and Public Health in the College of Veterinary Medicine, North Carolina State University. Dr. Stringer also holds positions as an Honorary Lecturer in International Animal Health at the University of Liverpool, and Board Chair – Triangle Global Health Consortium. Dr. Stringer’s research focus is on food security challenges at the interface of animal health and human livelihoods in Ethiopia. His group combines approaches from the biological and social sciences to understand the determinants of health and their relationships with livelihoods, with the goal of using this information to improve livelihoods through effective interventions. Dr. Jason Somarelli is a Medical Instructor in the Department of Medicine and Director of Research for the Duke Comparative Oncology Group. He studies cancer through the lens of ecological and evolutionary paradigms. He is also passionate about mentoring and serves as the Director for the Duke Scholars in Marine Medicine Program, an undergraduate mentored research program at the intersection of the marine environment and human health. Dr. Kyle Summers has broad interests in evolution, particularly evolutionary ecology and evolutionary genetics. His students and him have carried out research on reproductive strategies and larval life history in frogs, the evolution of aposematism and mimicry, and evolutionary approaches to human health and behavior. Summers is interested in molecular systematics and the use of phylogenetic trees to inform analyses of ecology and adaptation. Dr. Thompson specializes in the study of human growth and nutrition, studying the biological pathways linking early life social, behavioral and physical environments to obesity and chronic disease across a range of national and international settings.  Her work focuses on: the effects of early diet on the development of the intestinal microbiome as an underlying pathway linking infant feeding and the development of obesity; the structural, social, maternal and infant characteristics contributing to the development of an obesogenic environment; and the physical and social environments associated with the development of inflammation in children, adolescents, and adults.

Dr. Jeffrey Thorne is a statistical geneticist who is in the Biological Sciences and Statistics Departments at North Carolina State University.  His research focus is on extracting evolutionary information from DNA sequence data.  Among his interests are the evolutionary impacts of protein structure, genome repeats, and cancer. 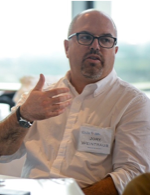 Dr. Jory Weintraub is Science Communication Director and Senior Lecturing Fellow with Duke University’s Science & Society Initiative. In this position, he teaches undergraduate and graduate courses and conducts faculty workshops in science communication. He is a member of the editorial board of the journal Evolution: Education and Outreach, serves on the Education Committee of the Society for the Study of Evolution, and is a Steering Committee member of the National Alliance for Broader Impacts. His work focuses on minority outreach, science communication/education/outreach and faculty development.